We want to thank our retiring USACCRA Board Members for their dedication to growing and developing our organization that serves you and the Chaplaincy Family. Sergeant Major (Retired) Larry Toelstede, Chaplain (LTC-R) Bill Lord, Chaplain (COL-R) Paul Howe, Chaplain (COL-R) Alan Buckner have all volunteered their time and gifts from the earliest days of Chaplain Family Reunions, to establishing the Charter for the USACCRA, to establishing programs that give you opportunities to serve and support the Army Chaplaincy Family. We pray the Lord will bless them as they have blessed us. We know they will continue to serve the Army Chaplaincy Family as members of the USA Chaplain Corps Regimental Association. 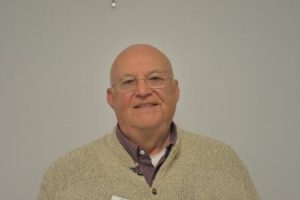 It has been my joy to serve The United States Army Chaplain Corps Regimental Association (USACCRA) as Second Vice President for Membership for the past three years. In that capacity I have attempted to contact you via e-mail and talk with many by phone. I look forward to supporting my replacement, Chaplain (COL) Scottie Lloyd (Ret), and I encourage each of you to keep your membership active, volunteer to serve as a mentor to those currently serving on active duty, and attend regional and national gatherings of USACCRA.

I have Enjoyed my long stint on the Board and being heavily involved from the 1st reunion in 2002 at Ft Jackson to this last reunion in Atlanta, in September 2014. 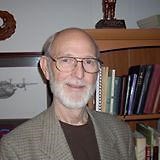 Chaplain (COL-R) Bill Lord Secretary, Treasurer, and Member-at-Large
Chaplain Lord served four years as an infantryman and chaplain’s assistant in the 11th Airborne Div. He served six years in the Army Reserve while finishing college and seminary and serving as a SBC pastor in Mississippi.
Called to active duty in 1964 as a chaplain,, he participated in the Air Mobile Division Test at Ft. Benning, and a year later he was sent to Vietnam with the 1st Bde (ABN), 1st Cav. After a tour at Ft Meade, he returned to Vietnam to serve with infantry and air cavalry units of the 101st ABN. Selected to attend CPE at the Federal Youth Center near Denver, he initiated the first Clinical Pastoral Education program on a military installation at Ft Leonard Wood.
His subsequent assignments included XVIII Airborne Corps Deputy Chaplain, Division Chaplain of the 82d Airborne, Munich, and the Nuernberg Community where in 1984 he retired as a Colonel.
For the next 20 years he was a Human Resources Consultant and President of a Leadership Training firm serving Fortune 500 companies in Europe and Law Enforcement agencies throughout the US.
During the past six years he was instrumental in establishing the legal and organizational standing of the Association and served as Secretary and Treasurer and Board Member at large.
He and his wife Bettye reside in Springfield, Missouri. 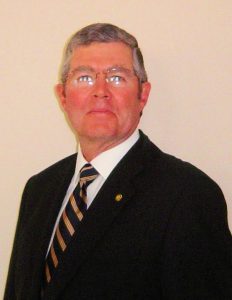 Chaplain (COL-R) JAMES ALAN BUCKNER 1st VP
Alan Buckner was born and raised in Weaverville, North Carolina. He graduated from Southern Baptist Theological Seminary in 1975 where he earned a Masters of Divinity degree. In 1984 he graduated from the University of Louisville, Kentucky with a Masters in Educational Psychology, and in 2000 graduated from the U.S. Army War College with a Masters of Strategic Studies. Reverend Buckner served in the Army as a Chaplain for 31 years, entering at the rank of Captain and retiring at the rank of Colonel. While serving with the Army in Washington, DC, Chaplain Buckner Joined the Presbyterian Church USA, and became a minister of Word and Sacrament in the National Capital Presbytery. Among Chaplain Buckner’s career highlights he was honored to perform the funeral service and graveside honors for the Honorable Caspar Weinberger orchestrated religious support to the victims of the 9/11 Pentagon attack as the Director of Plans, Policy Development and Training for the Chief of Chaplains; served as the Army Chaplain for all of the Ronald Reagan funeral honors; and Upon retirement in 2008, Chaplain Buckner accepted a call to serve as the Pastor of Gilwood Presbyterian Church, Concord, North Carolina.
Reverend Buckner and his wife Lou reside in the Skybrook community of Huntersville. They have two Sons Jamerson and Elliott. Jamerson lives in Davidson along with his wife Leah, and their two sons, Harrison (5 years) and Benjamin (3 years). Elliott resides in Greensboro with his wife Maria.